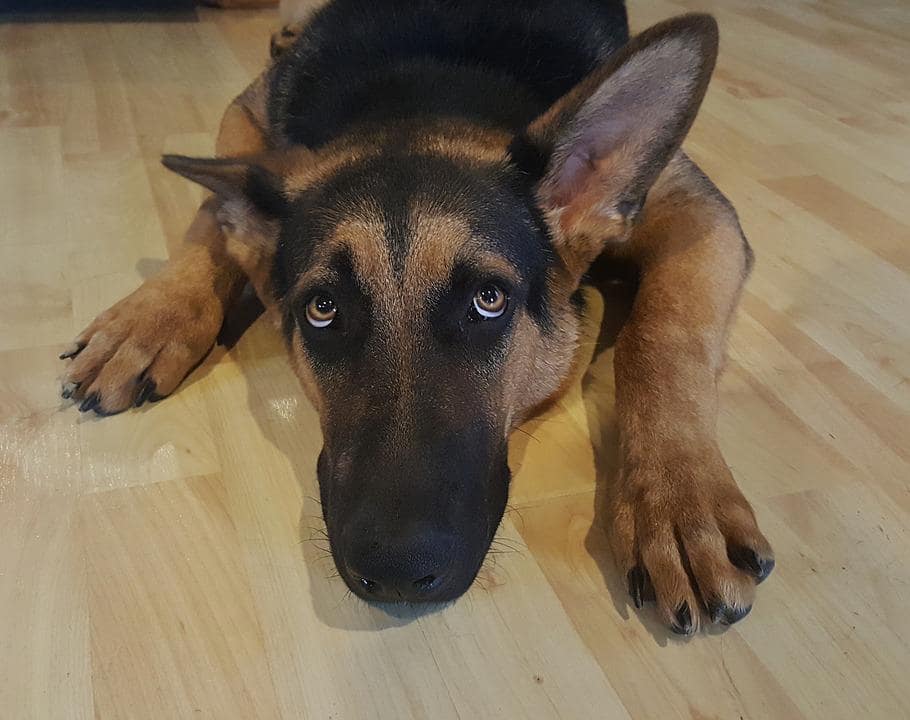 Do you suspect your dog is suffering from an anxiety disorder? Want to know the warning signs and how you can help your pet? Pet Insurance Australia catches up with Dr Andrew O’Shea (BVSc MANZCVS MRCVS) to discover what the difference is between anxiety and an anxiety disorder.

The word anxiety is a topic of much concern in the dog industry and with many pet owners today. But what is a normal level of anxiety or fear, and what is detrimental to your dog’s health and wellbeing?

Firstly; it is important to understand that being fearful or slightly anxious in certain situations is completely normal. Being slightly fearful of visiting the vet particularly after a vaccination or a de-sexing is understandable. Having a short-lived anxiety about a possible problem is normal. However, an anxiety disorder is not normal.

“An Anxiety Disorder is a medical condition. It is a mental disorder caused by a genetic predisposition being triggered by environmental events and developments,” Dr Andew O’Shea Veterinary Behaviourist and owner of Camden Valley Animal Hospital says. “It leads to an automatic response like a fear response even to non-threatening situations.”

Anxiety is the automatic response to potentially dangerous situations. This apprehension to the possibility of danger prevents our pets from putting themselves at risk. However, it is when the response is severe, or arising during times when there is no danger that veterinary help is required. 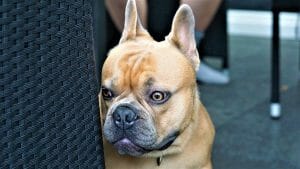 To understand anxiety, we must first understand how the brain works. Dr Andrew O’Shea explains;

“The way we explain an anxiety disorder is that your brain has two main functional areas,” he says. “The first part is the primitive brain. Some people will talk about this as the Limbic System or the Danger Brain. What happens is that all the information goes straight into that brain and it has the fastest connection. This brain is all about recognising a problem.”

This is when ‘flight’, ‘fight’, ‘freeze’ or ‘fiddle’ responses will kick in. If at this stage, the primitive brain thinks the situation is a big problem, the information is now sent up to the cortex, the ‘thinking’ part of the brain.

“That ‘thinking’ part is a bit slower, and it takes a bit of time for the memory to be recalled,” Dr O’Shea says. “What your brain is essentially doing now is working out, if it is actually a problem; asking itself questions like: Did I die last time? What did I do last time?”

When the cortex is working properly, the thinking part of the brain, settles the primitive brain down and reassures it that everything is fine.

For example; have you been startled by someone being in the room? You’re peacefully deep in thought, and your partner or friend pops up, and you get a fright? This is your primitive brain being on high alert, once the cortex assesses’ the situation it quickly calms the primitive brain down. 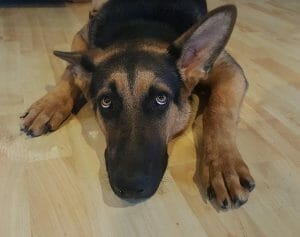 The FOUR FsAnimals exhibit clinical signs when they are sick, and those associated with anxiety are ‘Flight’ ‘Fight’ ‘Freeze’ and ‘Fiddle’.

What is different with an anxiety disorder?
When your dog is suffering from an anxiety disorder different situations are occurring in the brain. For instance; the primitive brain is super sensitive and is constantly reacting to stimuli as danger. In other words; the boogie-man is everywhere!

Your dog may hear a loud sound, and the primitive brain freaks out sending warning signals to the cortex.

“The second part of the problem is that the cortex, the ‘thinking’ part of the brain, can’t calm the primitive brain down,” Dr O’Shea says. “The third biggest problem associated with the anxiety disorder is when the hippocampus is damaged due to all the hormones raging around the system, and they can’t convert short term memory into long term memory. So, the dog is in the same situation they were in yesterday, but they still think they are going to die.”

During these times, your dog will not retain the memory that the loud noise didn’t hurt them or that they were safe. So tomorrow the loud bang will happen again, and your dog will have the same reaction, time after time.

“It’s normal for a dog to get a little bit scared if they hear a loud noise, but they should settle down quickly,” Dr O’Shea says. “If they hear another loud noise the next day, the reaction should be less. Then in a week or two, they should realise that it’s just not a problem.” 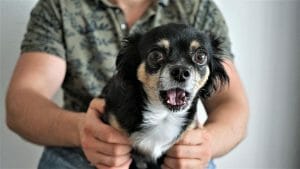 Treatment For Dogs With Anxiety

The great news is that the veterinary world understands anxiety better than ever before. This understanding has led to many helpful techniques and medications that can help comfort your pet. It’s critical to seek help if you suspect your dog is suffering.

“An anxiety disorder leads to the animal being so worked up and so frightened that they cannot think, let alone calm themselves down,” Dr O’Shea says. “It also prevents the animal from learning that the situation they are in is not dangerous and if left untreated it leads to a worsening condition that causes the animal to die prematurely from the chronic damage caused by the hormones adrenalin and cortisol.”

If you suspect your pet is suffering, it is important to chat with your vet. Recording your pet’s anxiety is also a good way to help your vet understand the severity of your dog’s condition.

Our Expert:
Andrew O’Shea BVSc MANZCVS (Veterinary Behaviour) CMAVA
Veterinary Behaviourist Dr O’Shea is the owner of Camden Valley Animal Hospitals in Sydney and well-known as an expert in animal behaviour. In July 2013 he established the animal behaviour service at the University of Sydney Veterinary Teaching Hospital. Dr O’Shea is also the proud owner of two German Shorthair Pointers, one Burmese and a very talkative Cockatoo.