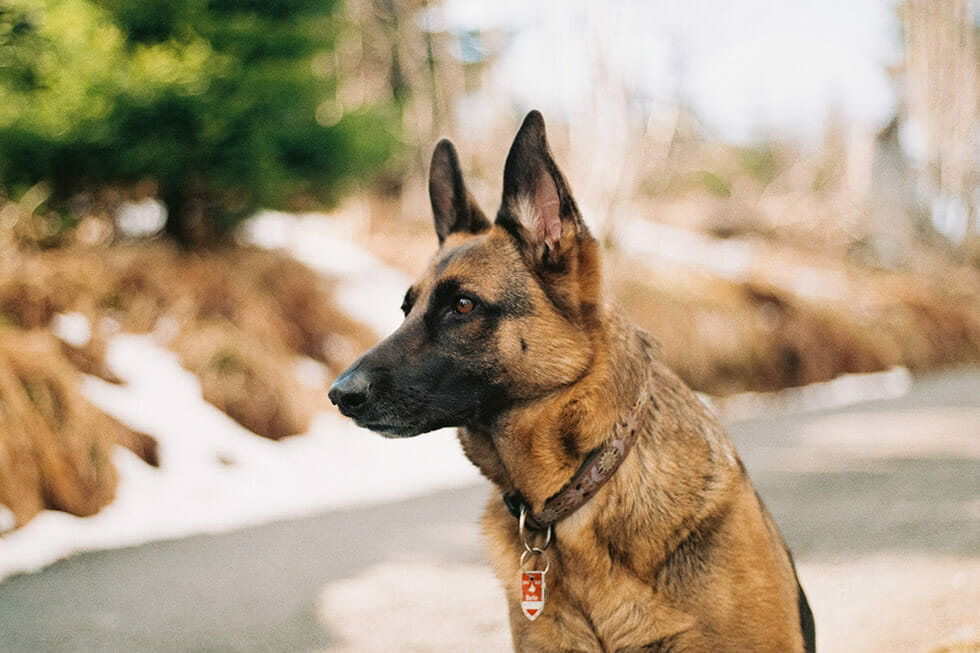 New research coming out of the USA suggests that dog ownership in neighbourhoods significantly reduces crime.

“I think this research really highlights the importance of our dog population particularly in neighbourhoods across Australia,” Nadia Crighton from Pet Insurance Australia says. “Living in neighbourhoods that have dogs is proving to have many benefits.”

A new study published in the journal Social Forces reveals that neighbourhoods with more dogs have significantly less violent street crime and burglary than those with lesser canine presence.

“The study also showed that these neighbourhoods also experienced less property crimes,” Crighton says. “Suggesting that having visible dogs, and barking dogs was a big deterrent towards crime.”

The results indicate that neighbourhoods that contain more dogs had a less consistent degree of aggravated assaults, robbery, and homicide. It also suggested that neighbourhoods with more dogs also had a higher trust rate amongst their occupants. This is suggestive evidence that dogs can help as a crime deterrent, and increase local street monitoring and social trust. Particularly considering dogs owners are also much more likely to be out and about walking at all hours of the day.

“This in itself allows residence the chance to observe any unusual behaviour in their neighbourhoods and report appropriately,” Crighton says. “Very much in line with the whole Neighbourhood Watch Program.”

Dogs also make a wonderful talking point amongst neighbours. The study found that this trust and communication builds a strong community within the neighbourhood and can help prevent crime.

“This is another great example of the important role dogs play in our lives,” Crighton says. “They allow us to create relationships with others while providing us unlimited physical and mental health benefits.”

With many dog owners desperate to find rental accommodation in Australia, this is yet another example of why allowing dogs on your property can be a huge benefit. Not only for your property but also for your neighbourhood.

“With so much evidence on how important dogs are, not only in our homes, but also our communities, landlords should be considering allowing more pets into their investment properties.”

Landlords and property owners will also get many more candidates if your property is pet friendly.

“Australia has one of the highest pet populations in the world with over 30.4 million pets! It’s reported that there are 6.3 million dogs in Australia and around 4.9 million cats – that’s a lot of people who own companion animals,” Crighton says.

According to Animal Medicines Australia, three in five Australian households, or 5.9 million in total, have a pet. Approximately a whopping 67% of the Australian population currently own a cat or a dog – that’s a massive amount of people to disregard renting your investment. Since covid-19 there have been an estimated one million extra pets in our population. So, the number of pet owners is only growing year on year.

“Pet owners many times will also pay higher rents to enable them to have their pets on the property. You can also ask for a pet resume and even references to check that the pet is well-mannered and behaved,” Crighton says.

With the lack of pet-friendly rentals, many desperate pet owners lie about their beloved companion animals. Knowing that there is a pet living at the property will allow more transparency with your tenants, while also having the power to check for any possible damage.

“Interestingly just owning a pet can also indicate the type of young adult you could be renting to,” Crighton says. “Research from the Canadian Journal of Family and Youth has shown that having a pet can help young adults shift their focus from themselves and help produce healthy habits and a focus on the direction of their life.”

This study also showed participants reported leaving parties earlier, and even overcoming gaming addictions while increasing physical activities. So younger pet owners also have an advantage when it comes to the lifestyles they choose to lead when they own a pet. Indicating that owning a pet is more beneficial for a rental situation than not owning a pet, in terms of the types of tenants property owners are attracting.

“With all this research it’s clear the benefits dog ownership is in Australia and around the world,” Crighton says. “It’s a great example of how important nurturing our canine companion population is regardless of if you are a dog owner or not.”