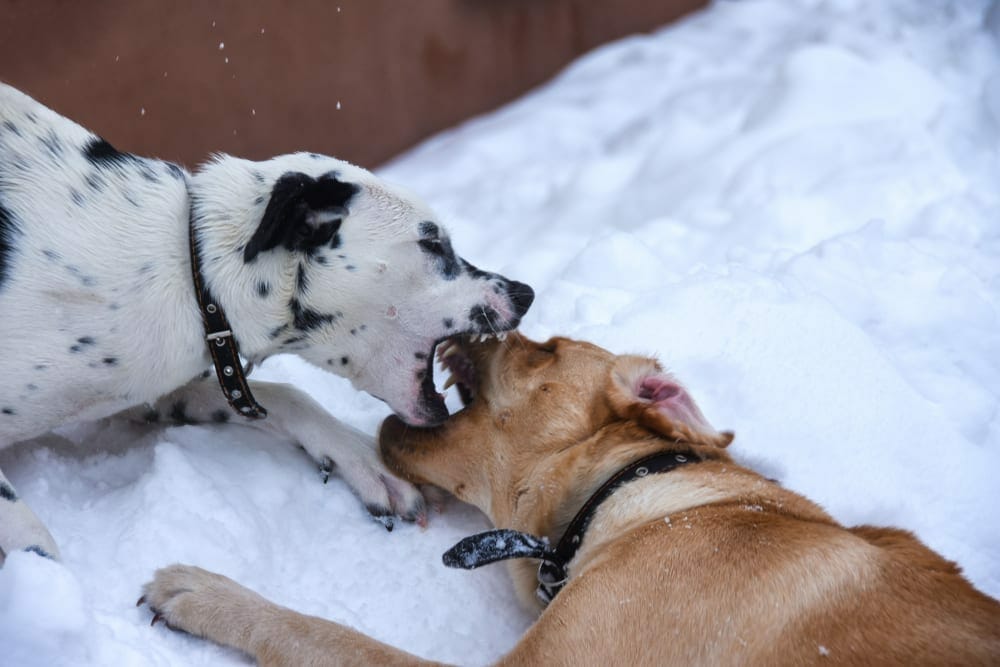 “Dog bites can quickly become a serious injury for many canine companions,” Nadia Crighton from Pet Insurance Australia says. “This is being echoed from vets around the country so pet owners need to be aware of how serious a dog bite injury could be.”

The statistics are also on the rise. Pet Insurance Australia has noticed a steady increase in claims for dog bite injuries from year to year. Averaging around 1,000 dog bite injury claims back in 2013 to nearly 4,000 cases in 2017.

“We do need to take into account the increased number of pet insurance holders during this time period, but when you also consider those who do not have pet insurance these statistics indicate that dog bite injuries are a major concern for many veterinarians and pet owners nationwide,” she says. 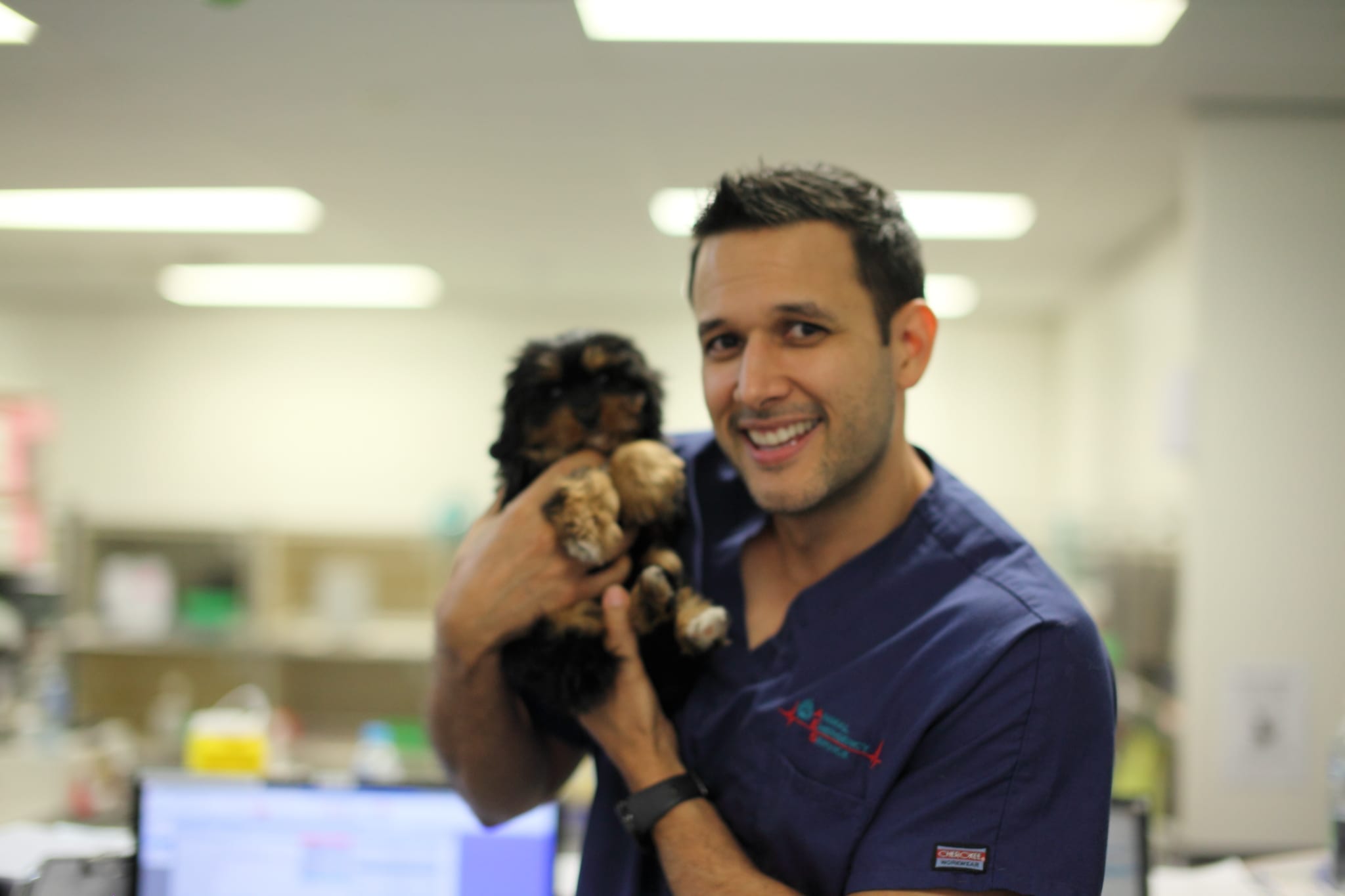 “Dog bite injuries are one of the most common emergencies,” he says. “It is not uncommon for us to see multiple dog bite wounds every day.”

Dr Gerardo Poli is quick to remind readers not to be lulled into a false sense of security when only signs of trauma are present, and to seek veterinary treatment on all occasions quickly even when there does not appear to be obvious wounds.

“It is important for many reasons, most importantly we are concerned about life threatening injuries for example tooth penetration into vital structures like bite wounds to the head, neck, chest or even into abdominal organs,” Dr Poli says.

“If they are lucky and these structures are not affected there can still be severe trauma to skin, underlying muscle and bone which can lead to not only physical pain but later significant infections if they are not addressed early.”

Ensuring your pet is not suffering from a what could become a life-threatening wound and possible infection is vital in the treatment of a dog bite. The sooner the injured dog can be seen by a veterinarian the better.

“Even if you don’t think it looks that serious, the smaller injury could be hiding a much bigger problem,” Crighton says. “It’s also very important to remember that even if there isn’t a puncture wound, there could be serious internal injuries so dog owners need to seek help.”

“The puncture wound is often the tip of the iceberg, what looks benign from the outside often requires surgical exploration to determine the real extent of the damage and surgical reconstruction and repair,” he says. “A one-inch canine from a large dog is equivalent to stab wound in a human with a dirty knife. The weight of a small dog is similar to that of an infant, if a baby was bitten by a dog the parents would rush it to the emergency department immediately.” 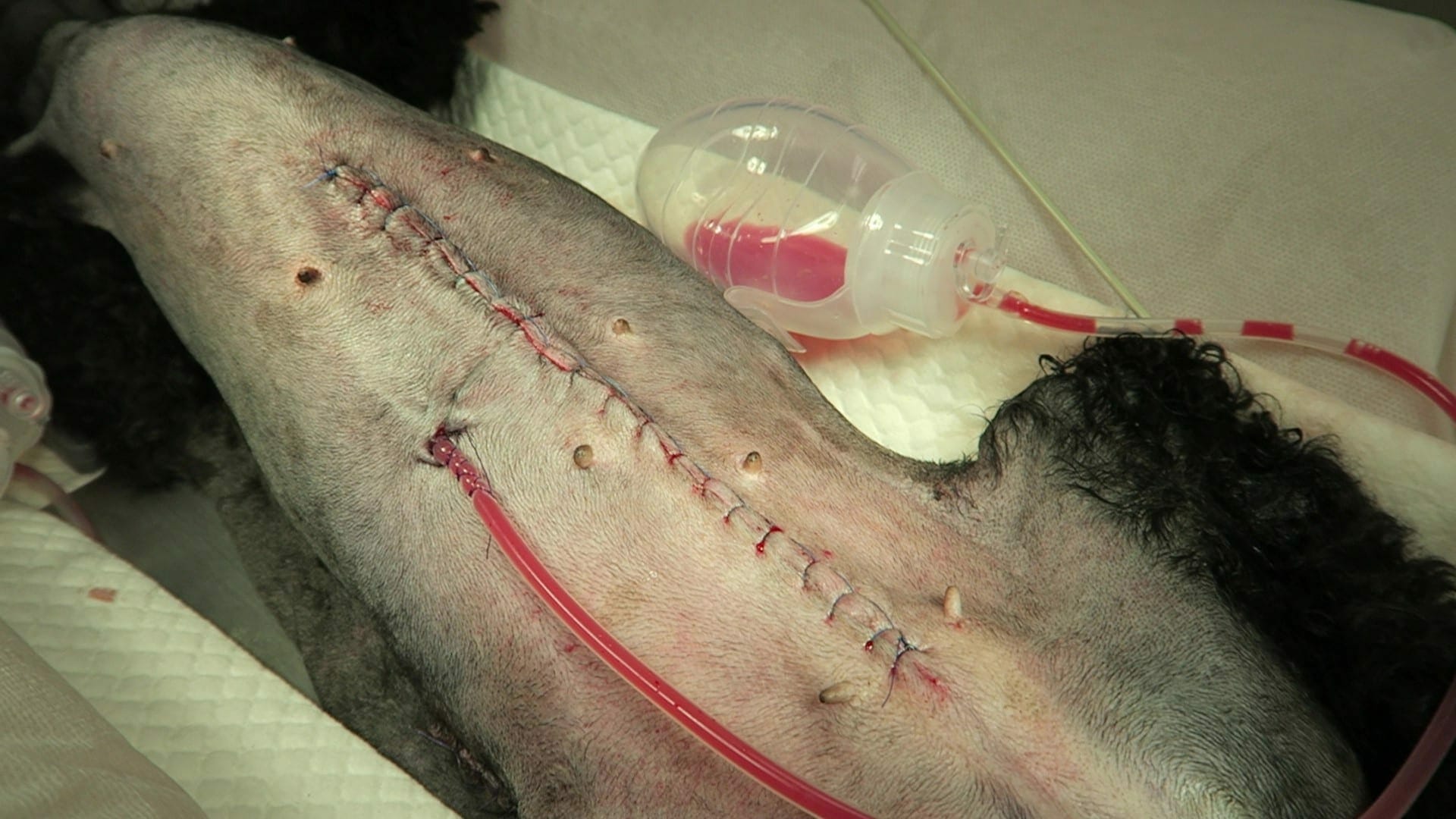 “A small poodle that was attacked by a larger dog. It look like only one wound but then after we clipped there were several wounds. Upon exploration of the wound on the left flank it was evident that the tooth tore through the left flank abdominal muscles and entered the abdomen. This required exploration of the abdomen because teeth can puncture and tear organs. Lucky for this patient everything was ok on the inside but unless we explored and flushed the abdomen there would have been a severe abdominal bacterial infection that could have resulted in the patient not making it.”