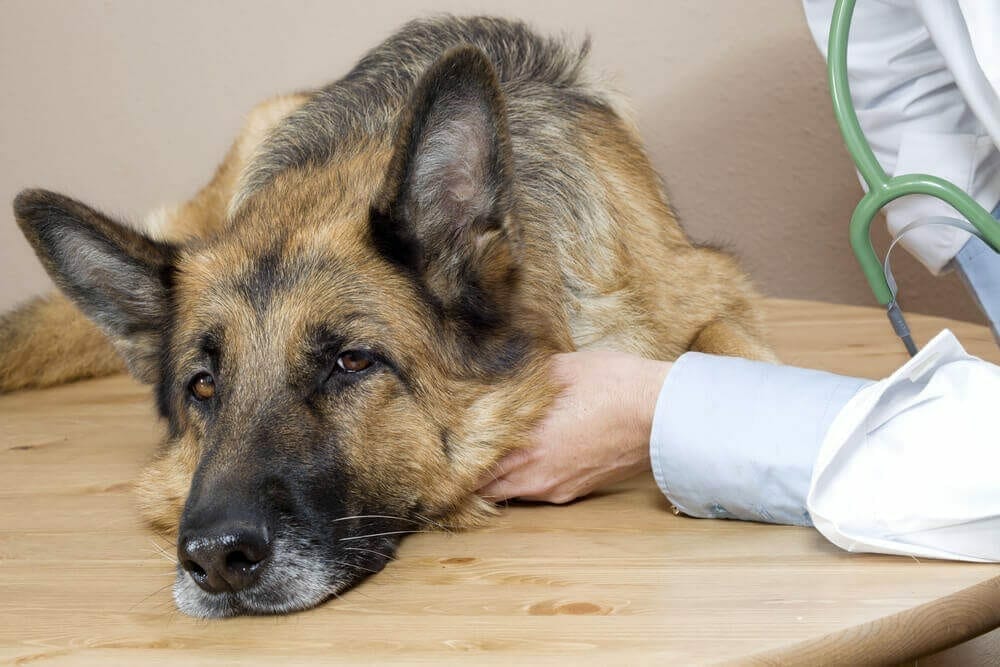 The C word is becoming as relevant in the veterinary world as it is in human medicine. Pet Insurance Australia was interested to know if the rate of diagnosed cancer is increasing in our pets, and if so…why?

Canine and feline cancer is prevalent in the lives of pet owners. Many pet lovers will tell you of stories of their own pets, that of family members or friends that have succumbed to the disease.

“It’s not uncommon to hear of beloved family pets being diagnosed with cancer,” Nadia Crighton from Pet Insurance Australia says. “Over the past four years we’ve seen an increase from around 7,000 claims per year to over 17,000 for canine cancer. Feline cancer claims have also jumped sustainably in the same amount of time.”

These numbers also take into account the amount of new policies, however the increases are also only an indication of those pets who have pet insurance coverage for cancer.

“In general, the numbers would be much higher than the total picture we are currently witnessing” Crighton says.

Veterinary Oncologist Dr Peter Bennett from the University of Sydney is on the front-line of the increase and says that it’s a combination of better diagnosis, longevity and awareness of cancers in our companion animals.

“The life expectancy of dogs and cats has probably increased at least 25% since I graduated back in the early 1980s,” he says. “A cat’s life expectancy was 11 or 12 and that was an average age, as now it’s 15 or 16. We are much better at treating infection and disease and managing chronic disease so they live longer so the biggest risk for dogs and cats, like us, is age.”

Because they are living longer they get more plus we are more aware of it, and better at diagnosing it.

Interestingly the majority of Veterinary Oncology is not to actually cure the pet of their cancer, but more to control and manage the disease.

“In people, the prime aim is to cure the patient. For us it is to give the patient as long a period of good quality of life as possible, rather than necessarily trying to cure them,” Dr Bennett says.

“There are some diseases in people, that yes they can cure them but they have to use very aggressive treatments and we don’t think that’s fair to subject our patients to that when they are not aware of why this is happening.”

However, many cancer treatments are not cheap and can be an on-going cost.

“Because many cancer treatments are not a silver bullet, the pet will need on-going treatment,” Pet Insurance Australia spokesperson Nadia Crighton says. “This is when having pet insurance can seriously add years to the life of your beloved pet.”

Treatments costs can range between the high hundreds to tens of thousands, depending on the type of cancer, and the treatment needed.

“There are some people that have spent $10,000 to $20,000 treating their pets, which is not feasible to everyone,” Dr Bennett says. “For most people just knowing what is available makes it easier for them to make the right choice for their pet.”

“I discovered Ruby had cancer after taking her to the vet a second time to investigate a persistent and painful lump on her front right leg. At first, we thought it was a sprain from jumping out of a large car and she was treated with anti-inflammatories, but when the swelling had increased regardless of the anti-inflammatory meds, the vet quickly referred us to SASH oncology suspecting bone cancer.

“I was shocked and devastated. Just having a loved one’s name and ‘cancer’ in the same sentence – dog or human – is terrifying and I couldn’t believe it was happening to us.

“I didn’t know how long we would have but I knew that I would approach the treatment with the principle that I would do for her what I would do if it were my leg (or breast or body), and that I was going to give it everything I had and leave no stone unturned.

“The diagnosis was just two months after I had started my dog nutrition and wellbeing business, I Love a Dog, and the irony was not lost on me… it was a hard time but I was determined to build on my dog nutrition knowledge and do everything I could through nutrition and natural medicine to support her veterinary care.

“Immediately upon Ruby’s diagnosis I was advised by the oncologists to amputate her leg and put her on chemo asap as a preemptive strike to it spreading further. This was a huge shock to fathom. I thought she had a sprain and now I’m being asked to consider limb amputation? Even with the surgery and chemo I was told the likely maximum prognosis was less than two years. She had just turned five.

“I continued with both the chemo and the nutrition and natural medicines – I called it the ‘Ruby Recover Program’ and kept records of everything I was doing. I was a fulltime cancer carer and researcher.

“We had regular blood tests, scans, consults and ongoing chemo and anti-inflammatory meds. We were not going down without a fight but in November a scan revealed 3 small lesions on her lungs and they told me ‘six months’. That meant she’d be gone by May 2016.

Life has a funny way of pushing us forward. Given that by now my business was pretty much on hold, and two weeks after Ruby’s op I was advised my lease, after six years, was up at my home due to renovations, I decided that the only thing to do was take Ruby and I on a road adventure and enjoy whatever time we had left. I would regroup after that. I bought a van and in January 2016 we hit the road and headed north along the coast. I continued with the chemo meds and the nutrition and natural medicine support, and returned to SASH in North Ryde for each two month check up.

“Clinical remission means it can come back any time so, while this was an incredible result, there was still the threat that this was an anomaly and it could return.

“I kept on with the meds and the nutrition and the natural medicine, and the adventure. And I started to revisit the business and consider what this journey we’d been on might mean.

“I learned that 1 in four dogs (and their dog lovers) will experience cancer in their life time and that increases to one in two for those aged over 10.

“At the eight month mark there was still no sign of it. I skipped the ten month check up and focused on the 12 month check up in May 2016. If she was still clear then she would be consider in ‘full remission’.

“The kind and amazing folks at SASH were as nervous and hopeful as we were. Ruby had made some great friends there during her visits. They took the scans and tests and rushed through the results the same day. They checked and double checked.

“I credit Ruby’s recovery in part to me having pet insurance. While the nutrition and natural medicines were not covered, I simply would not have been able to afford the fantastic care we got at SASH oncology. I’m sure without insurance the outcome would have been very different.

“I think every pet owner should have pet insurance. I’ve persuaded many friends to do so and many are already glad that they did.