German Shepherds are among the most loyal and devoted dogs in the world. They’re eager to please their owners from day one and are known to be fantastic watchdogs, guide dogs or work dogs in general! In this blog, we’re going to break down some German Shepherd facts and help you decide if this is the breed for you.

If you’re more of a visual learner and are interested in knowing more about the German Shepherd’s history, living needs and trainability, we’ve linked a short but informative video down below: The German Shepherd’s history, as the name suggests, began in Germany around the late 1800s. They were originally bred in the hopes of achieving the ‘perfect herding dog’ – to herd and protect flocks of sheep in the German countryside.

Here are some fast facts about the German Shepherd’s history: 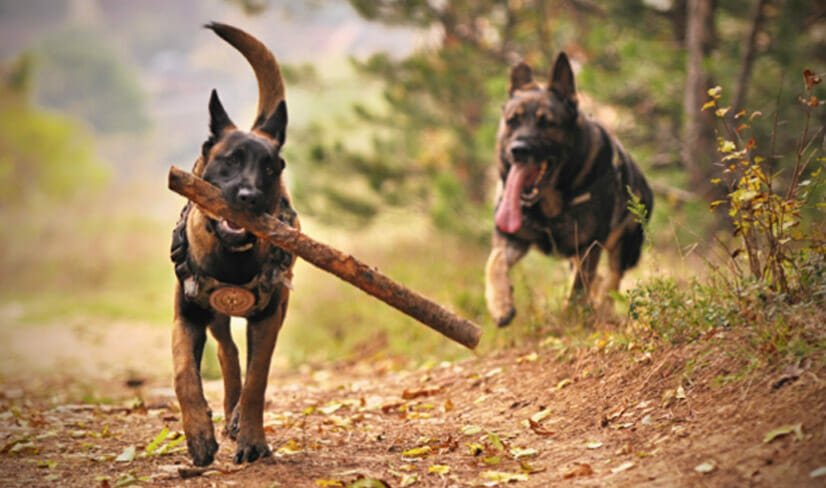 German Shepherds, as a breed, are fiercely loyal and devoted to their families. They’re playful dogs at any age, and they enjoy spending time outdoors. They’re smart and easy to train but can be stubborn in their ways if they aren’t trained properly. As with all dogs, this breed comes with its own distinct and unique temperamental attributes that should be considered before adoption.

Here are some of the key personality traits of German Shepherds: German Shepherds have been described as ‘wolf-ish’ looking dogs. Their naturally upright ears, bushy tails and sable coats are trademark features of this breed. Males and females are similar in both height and weight, although males are known to be the larger of the two. Based on the variant and breeder that a German Shepherd has been sourced from, their physical appearances may differ.

Here’s a quick run-through of the German Shepherd’s most defining features:

German Shepherd coat colours are known to come in:

You can read more about the German Shepherd’s coat colours here. 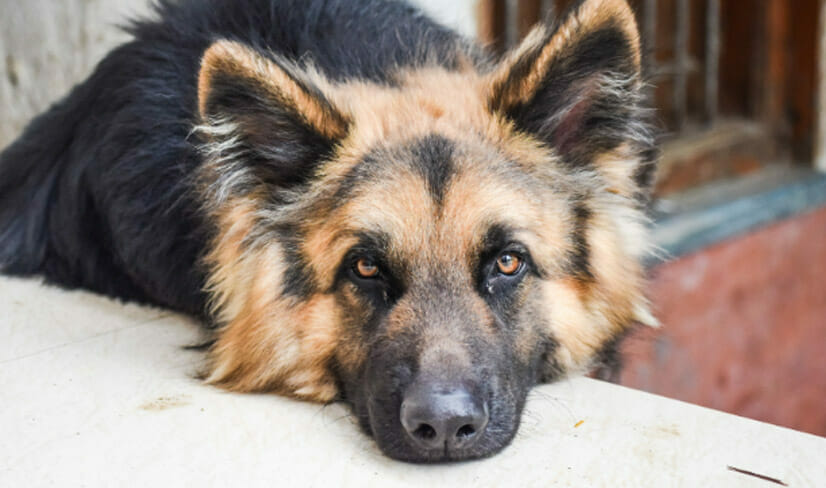 When it comes to looking at German Shepherds for sale, it’s important to keep a few key factors in mind. When looking for German Shepherd Breeders in Australia, make sure to keep an eye out for:

You can find a list of responsible dog breeders here, and you can use this guide as a ‘checklist’ while looking for a trustworthy breeder.

Sometimes, you may choose to go to a shelter when looking to adopt a German Shepherd. Although shelters are usually made up of older dogs, and purebreds tend to be few and far between, there are always exceptions. You should consider adopting through a shelter or rescue when:

You can have a look at a well-known German Shepherd shelter here, and other dog rescue programs here. HOW MUCH DOES A GERMAN SHEPHERD COST?

The average cost of a German Shepherd puppy is approximately $750-$1200, depending on the variant as well as the breeder that they’re sourced from.

Due to their association as guard dogs or security dogs, German Shepherds are often stereotyped as being unfriendly or aggressive. While they are distrustful of strangers, if a German Shepherd was bred by a responsible breeder and trained early on, they’re likely to have an even temperament and be well-behaved.

Is a German Shepherd a good family dog?

German Shepherds are a great addition to the family if they have been properly socialised and trained. The nature of this dog is to be incredibly loving and caring to its owners. You can read more about how they fair with kids below.

Do German Shepherds get along with kids?

Yes! German Shepherds are extremely child-friendly, so long as they are trained and socialised properly from a young age. Due to being bred for the purpose of guarding and herding, these dogs will most likely take care to watch over and protect the younger members of their family.

German Shepherds are known for shedding continuously and relentlessly! Dubbed as ‘German Shedders’, these dogs have plenty of hair, thanks to possessing a double coat. They lose one of these layers, their undercoats, twice a year (which means they shed even more) during the spring and fall months.

How long do German Shepherds live for?

Most sources state that the average life expectancy for a German Shepherd is around 10-13 years. Unfortunately, these dogs are also known for their genetic health conditions, which may shorten their lifespans. However, as long as they are purchased from reliable breeders and their health is monitored closely, German Shepherds can lead long and happy lives.

Which German Shepherd is best?

There’s no exact straight answer to this, each variant of German Shepherd has its own pros and cons. Only you, as the owner, could determine which type is best suited to you. You can read up more on the different types of German Shepherds here.

Why are German Shepherds the smartest dog?

Experts agree that German Shepherds rank amongst the most intelligent dog breeds. This is because of their comprehensive and retentive memory, which allows them to easily memorise commands and instructions picked up during training. As should always be the case, it’s best to do extensive research before choosing to adopt a dog. Dogs are family members after all, and you should always be prepared! You can read a more complete guide on German Shepherds here if you’re interested in learning a little more about this breed.

In the event that you do adopt a German Shepherd, Pet Insurance Australia is the perfect place to get your dog insurance sorted! Contact us today for a quote, and we’ll look after your best friend, too.

This blog does not replace a qualified veterinarian’s medical expertise or advice. Please consult a registered veterinarian for further information on the blog topic. The material and information on this blog are for information purposes only. Please note that any linked websites or mentioned products are not sponsored affiliate links or paid endorsements. Pet Insurance Australia does not accept liability for any damages arising from your interpretation of the information presented on this blog. This includes Pet Insurance Australia not being liable for: any false, inaccurate or incomplete information on the blog; any damages that arise from technical issues on the website and the blog being unavailable; any damages from clicking through a link in the blog to a different website.